A Healthy Hair
Home Causes of hair loss Can Caffeine Cause Hair Loss? 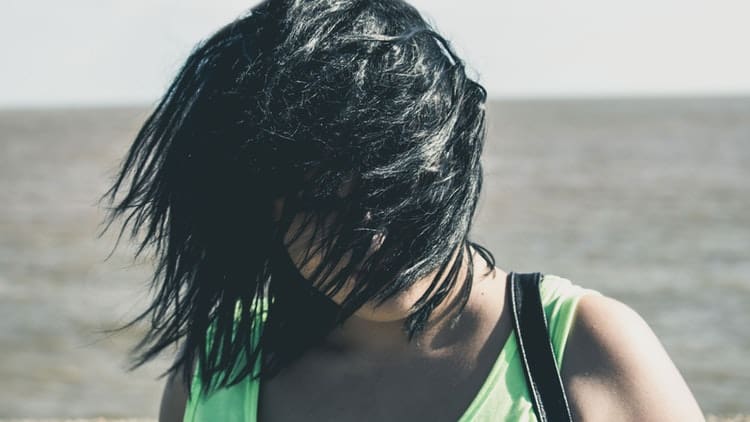 Can caffeine cause hair loss? Well, this is a question I’ve seen a lot of people asked over and over again. And I hope to attend to it adequately in this article.

Caffeine is a promoter of hair growth through the enhancement of Hair Follicles (HF) proliferation. Increase in the hair follicle metabolism and keratinization is made possible due to the growth of cyclic-AMP in hair follicles.

Caffeine can also counter the excessive adverse effects of testosterone on hair follicles. Many experiments on caffeine and hair follicle cultivation have shown positive results.

So, the question of whether caffeine causes hair loss can be figured out by the clinical and practical experiments. We can explore further and see how caffeine interacts with hair matrix and connects to the various elements like keratinocytes, hair papilla, and others in various layers of hair root sheath. 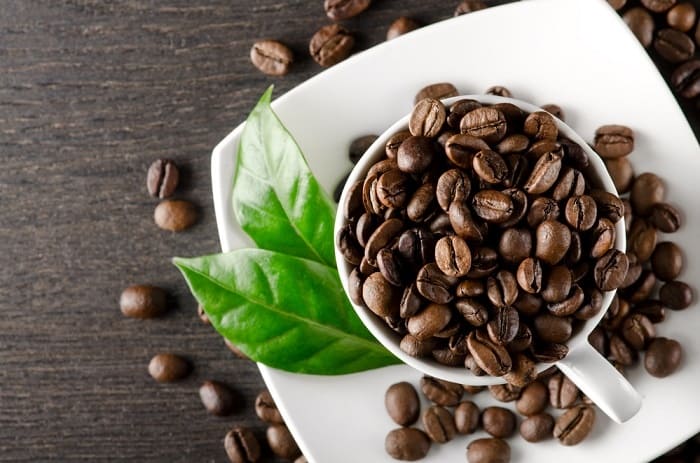 Keratinocytes are the cells present in epidermis layer of skin. They produce keratin protein which is the key ingredient of hair. Caffeine can boost the activity levels of keratinocytes. Hence, the cumulative effect on HF proliferation is higher.

HF growth rate was found to be significantly high with the caffeine concentration varying between 0.001% and 0.005%.

Observation of growth rate from 24-hours to extended period showed significant improvement when HF was treated with caffeine.

The average lifespan of the hair follicle is stated to be five to six years in the Anagen phase. Catagen phase may last for two to three weeks.

Essentially, the telogen phase is said to occur for ten days, after which the hair shedding happens. Additionally, the cycle keeps repeating for every new hair follicle that grows on the scalp – caffeine reduces the Catagen period and increases the Anagen phase.

Caffeine is also known for increasing hair shaft length. It is mainly due to the proliferation of external root sheath cells which cover the shaft and connect it to the root.

William’s E. medium is an external stimulation environment for culturing of epithelial cells by using the combination of bicarbonates, glutamines, and other fluids and chemicals present in human skin. This medium has many variations, which are useful for different types of epithelial cells.

Dihydrotestosterone (DHT) is an androgen which is stated to be responsible for decreasing Anagen phase and increasing telogen phase.

Caffeine can counteract the effects by inhibiting the effects of DHT on keratinocytes.  Apart from that, it also increases the count of the insulin-like growth factor (IGF-1).

Increase in IGF-1 can promote hair growth by increasing the cell proliferation on the scalp areas. It is due to the healthy structure of dermal papilla and hair matrix.

Organ Culture model of HF with IGF-1 shows a considerable increase in linear hair growth. Its effects start from the development stage of HF. The study attains significance due to the presence of IGF-1 receptors in the keratinocytes.

The unique ability of IGF-1 to bind with these receptors can also enhance the follicle Anagen phase. Besides, it helps in reducing the Catagen and Telogen phase of hair cycle to a considerable extent.

It is true that IGF-1 count can increase due to many other types of treatment. But the link between Caffeine and IGF-1 seems to be natural.

Caffeine alkaloid can significantly increase the IGF-1 protein expression in males and females. It was mainly due to the increased secretion of these proteins from the origin points on the scalp and rest of the skin.

Hair matrix is the group of epithelial cells, Melanocytes, and root sheaths of hair. Within the hair matrix, you can also find the hair follicle with the sebaceous gland, papilla, basal keratinocytes, and epidermis layer of the skin.

Hair matrix is also responsible for the regulation of blood circulation, oxygen and protein supplies to hair follicles and shaft. Caffeine can enhance the growth and health of hair matrix through the improved generation of keratin from keratinocytes.

It is also responsible for increasing the strength and health factors of keratinocytes located on root sheath. Surprisingly, the response from female hair follicles was more compared to male hair follicles. It could be due to the effect of testosterone derivates which are more predominant in males.

Caffeine is stated to be highly proactive in reducing the volume of hair loss during the resting and shedding phases of the hair cycle.

It is said to be due to the suppression of two key elements called APOPTOSIS and NECROSIS. Both the agents are said to be responsible for the hair loss during the Catagen phase of the hair cycle.

APOPTOSIS is the stage in which DNA within the cells gets destroyed. Though exact causes for this phenomenon are unclear, it is the major contribution of hair loss from Androgenetic Alopecia.  Caffeine is known to reduce and prevent this phenomenon to significant levels.

According to German scientist Dr. Adolph Klenk, hair follicles on scalp require ten times of energy during the active growth phase, compared to the resting phase. Caffeine can provide this strength.

It is also known to promote the utilization of Niacin vitamin which is naturally present in human scalp. The positive effect of Caffeine on cyclic-AMP is also seen as an inhibitor of APOPTOSIS.

NECROSIS is another type of hair cell death which is responsible for the increase in hair loss. Clinical analysis of alopecia shows significant hair loss in the form of patches, and circles, to the pattern hair loss.

Alopecia is also stated to be high due to the spread of psoriasis on the scalp, which often starts with the itchy feeling.

The application of TNF (Inhibitor for NECROSIS) showed signs of scarring alopecia due to allergic reactions from skin and scalp areas.

Similar medications and therapeutic treatments have also resulted in limited success in reducing the effects of Androgenetic Alopecia due to NECROSIS.

On the other hand, Caffeine is stated to be an active and longtime inhibitor of NECROSIS. It can gradually but surely remove the NECROSIS receptors from the regions of hair follicles, root sheath, and the rest of the hair matrix.

The Caffeine Hair Loss Study focuses on the role of caffeine in reducing the probability of Androgenetic Alopecia which results in patterned hair loss. According to the FDA approved list of medications, only Minoxidil and Finasteride are used for the treatment of AGA.

Recent research works have shown the need to go beyond the scope of these two drugs for improving the efficiency of AGA treatment. The European Dermatology Forum suggested the usage of Caffeine along with Minoxidil to effectively heal the symptoms of AGA.

The penetration rates of caffeine on AGA receptors has been proved to be effective. Besides enhancing the growth of hair follicles on the scalp, caffeine is also known to increase the hair shaft density and length.

Practical experiments with AGA patients have also indicated the positive effects of caffeine on reversing AGA.

The British Journal of Dermatology has been publishing many papers in support of caffeine being responsible for the reversal of AGA. It is stated to be mainly due to the protection of hair follicles from the attack of APOPTOSIS and NECROSIS.

How to Administer Caffeine

According to Dr. Adolph Klenk, drinking coffee may not be helpful in acting as medication for the prevention of hair loss. It is due to the absorption of the ingredient by the digestive systems. So, the AGA patient may require other forms of treatment.

Caffeine shampoo has been on the market for many years now. You can find it in the form of multiple brands. Alpecin is one among them to earn the recognition of university research and recommendation for the healthy growth of follicles.

It is also stated to be recommended as a hair vitalizing agent. Similarly, you can find many other brands with a combination of caffeine and other compounds to stop and reduce hair loss.

Caffeine powder is another method of reducing hair loss due to many forms of alopecia. The suggested approach is to mix the powder with a standard shampoo and apply on the scalp. After letting the powder penetrate (it may take 2 or 3 minutes), you can wash the scalp.

Right now the other product available on the market is the combination formula of Biotin and caffeine. It is a serum which is applied to the scalp. The other form of caffeine supplement is caffeine oil, which you can prepare at home using the DIY method.

Caffeine is here to stay as an effective treatment for hair loss prevention and hair growth. The presently available forms of treatment are external in the form of shampoo, oil, and powder. Further research by scientists like Dr. Adolph Klenk may result in alternate and more effective methods.

Therefore, caffeine may not be directly one of the causes of hair loss. However, you can also conduct your own research on this.

There are many products for hair loss, such as Rogaine (Minoxidil), but our #1 choice is a supplement called Folexin. Folexin is taken twice a day, it’s extremely affordable (especially when you buy it in bulk), and has other health benefits as well. You can check out our full review on Folexin here.

What is the Curly Girl Method?

Benefits of Neem Oil For Hair

Sarah Robert - September 24, 2020 0
The Inevitability of Hair Loss Life comes with many changes. Some planned, some unexpected, others inevitable. Time marches on; where there is love, there is...

What is the Curly Girl Method?

Benefits of Neem Oil For Hair

Benefits Of Grapeseed Oil For Hair

Does Sweat Make Your Hair Grow?

Ginger For Hair Loss Before And After Effects (Step By Step...

Can Too Much Progesterone Cause Hair Loss?

Can Smoking Weed Cause Hair Loss [Marijuana And Hair Loss]

ABOUT US
Ahealthyhair.com does not provide any medical advice, treatment or diagnosis. Everything contained here is intended for informational and educational purposes only. Furthermore, A Healthy Hair is a participant in the Amazon Services LLC Associates Program, an affiliate advertising program designed to provide a means for sites to earn advertising fees by advertising and linking to Amazon.com. We also participate in various other affiliate programs; we sometimes receive some commission on purchases made through our site
FOLLOW US
© Copyright 2019 by A Healthy Hair | All Rights Reserved