Saw Palmetto for Hair Loss: Before and After

Hair loss is one of the most common reasons many people go online in search of remedies. Baldness is never what anyone would like to tolerate if they had a choice. And androgenetic alopecia (AGA), a health condition that describes the continuous or gradual loss of hair is common to both men and women.

Whatever be the cause of your hair loss, the good news here is the discovery of saw palmetto as a treatment option. And how it feels before and after the use of Saw Palmetto to treat hair loss is what this article dwells on.

Saw Palmetto for Hair Loss: Before and After 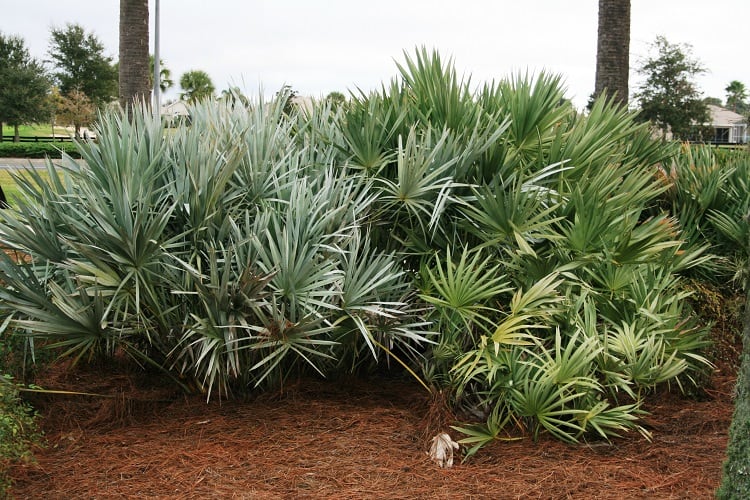 Saw palmetto has been proven to be highly effective in the treatment of hair loss and we’re going to find out how it does it below. But first, what is the cause of cause hair loss?

Of course, the cause of hair loss depends on the type. However, what you’ll likely come across most of the time is what is generally referred to as the genetic hair loss. This is the condition characterized by the backward movement of the hairline. It can actually go as far as thinning on the top of the skull.

The main culprit is testosterone, the male sex hormone since it’s been recognized as an androgen. The interaction of an enzyme known as 5 alpha-reductase (5AR), with testosterone, converts the latter into dihydrotestosterone (DHT), a hormone that is generally recognized as causing baldness.

DHT affects the subcutaneous tissue that continuously hydrates hair. And when the tissue becomes thin, there would be much pressure on the hair follicle. This eventually results in total hair loss.

If that has been your experience, be assured that you’ve got several treatment options. More recently, researchers are looking toward hairpieces and hair extensions. Other popular choices are oral drugs and topical medications. Hair plugs and similar surgical procedures are also working.

However, if you care about side effects medications and the exorbitant cost of surgeries, you are left with two options.

You can either prevent the conversion of testosterone into DHT or stop the hair follicles receptors and thereby reduce the effects of DHT. Here is where you need saw palmetto for your hair loss.

But what is saw palmetto?

What is Saw Palmetto?

Saw Palmetto is a Caribbean plant initially used by Native Americans (West Indies) as a remedy for testosterone-related issues.

It’s the common name for the plant known as Serenoa repens which usually grow in warm climates. It produces small berries which are parts of many supplements.

Though it’s been used to treat such conditions as decreased sex drive, bladder infections, and prostate cancer, it’s effectiveness in the treatment of hair loss is no more in the experimental stage.

Yes, research is still going on whether or not saw palmetto could reverse hair loss, but the results so far have been promising.

As a treatment for hair loss, you can process Saw palmetto berries into any of the following forms:

While it can be seldom used as teas and creams, the most familiar types of saw palmetto are tablets and capsules. This is because these are the forms that researchers are upbeat about.

There are still questions about the effectiveness the dried saw palmetto berries tea due to their water insolubility. At any rate, it is being considered an excellent treatment option for hair loss.

Though much more is yet to be discovered about the effects of saw palmetto on hair loss, what has been found is sufficient to prescribe this supplement as a viable treatment for hair loss. It’s believed to affect hair loss in two ways.

Firstly, it’s believed to inhibit the activity of 5AR. This prevents the testosterone from being converted to DHT. Secondly, it’s also thought that palmetto may decrease the effects of already formed DHT on hair follicles.

It does this by blocking the hair follicle receptors. These preventative and curative capacities of saw palmetto are opening up more fields of scientific studies.

Saw Palmetto for Hair Loss Before and After Pictures

Here are two Saw Palmetto for hair loss before and after pictures that’ll really convince you of the effectiveness of saw palmetto for bald head treatment: 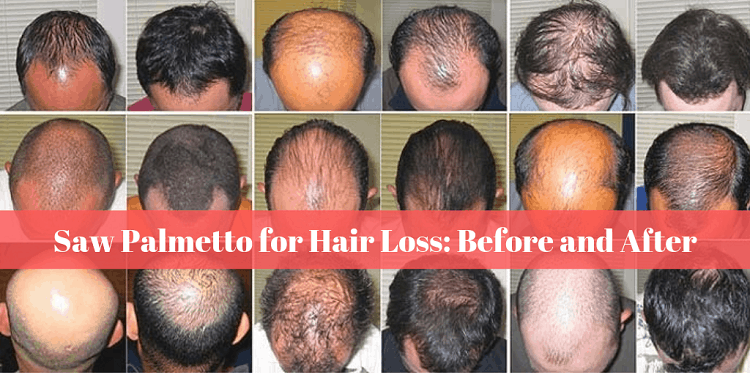 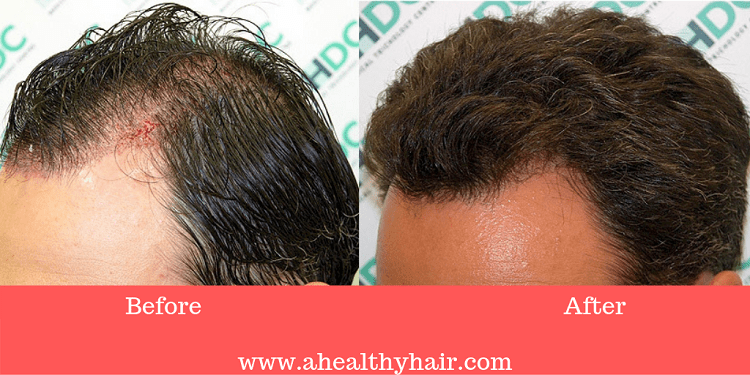 Mostly available in capsule and tablet forms, the recommended use of saw palmetto as a supplement is an intake of 1000g to 2000g two times daily.

Even if you’re taking a liquid extract or any other form as an oral administration, the above is what the experts still believe to be the safe and effective range.

However, in the interest of safety, it’s always good to consult with your doctor first to ascertain the safety of a medication, and even a supplement, for you. And it’s highly important to stick to the dosage prescribed by your physician to minimize the risks of any possible side effects.

Possible Side Effects of Saw Palmetto

It is good to strongly recommend Saw palmetto as a herbal supplement for hair loss because of safety considerations. This is one of the attractive sides of its usage.

Researchers are concerned about safety as the number of users continues to grow. As they plunged into more researches, the results have been mostly positive.

This is not to rule out any side effects of this supplement. Still, according to one research, all possible side effects of saw palmetto are “well tolerated by most users and are not associated with serious adverse events.”

According to the study, what can be considered to be as adverse effects are decreased sex drive, headaches, nausea, and similar temporary mild discomforts? These are not only infrequent but also reversible.

After careful assessments during a clinical trial, there is no trace of toxicity in the usage of saw palmetto. Nevertheless, there has been no conclusive proof that saw palmetto as a supplement is safe for children and pregnant women.

According to recent saw palmetto hair loss study, yes it works. For instance, some participants between the ages of 23 and 64 were studied before and after being treated with palmetto for hair loss. When their hair coverage was assessed after five months, 60% of them showed significant improvement.

In another study, they treated 50 participants with 320mg daily dosage of saw palmetto for 24 months. 38% of them witnessed a tremendous increase in hair gain, especially on the top of their heads.

From the studies above, you’ll definitely agree with me that Saw Palmetto is indeed potent in the treatment of hair loss.

Serenoa repens has been proved to be more than a treatment for prostate health. It’s something to look to if you want a less expensive and safer treatment for your hair loss.

Finally, we believe you now understand the relationship between Saw Palmetto and hair loss. Please, kindly let us know in the comment section if you have any question(s).

And if you enjoyed this article, help us spread the word by tweeting and sharing it with your friends.

2 thoughts on “Saw Palmetto for Hair Loss: Before and After”

2shares
We use cookies to ensure that we give you the best experience on our website. If you continue to use this site we will assume that you are happy with it.Ok